Not sure what I dread more when a new school year comes around: homework or packing lunches. Both take up time I don’t have, and neither seem to do much good.

For the lunches, though, luckily my job requires that I think about food all day (I even have a list of my favorite food tips, A-Z!). That means I do my best, as a mom and as a registered dietitian, to pack healthy food.

Following are three Amazon products (where would working moms be without Amazon?!) that can help make lunches healthy and tasty.

1.Bento Boxes: I already made my plug for Bento boxes (read it here). If you didn’t manage to pick one up at Target, Marshalls or any other store around, try this one: 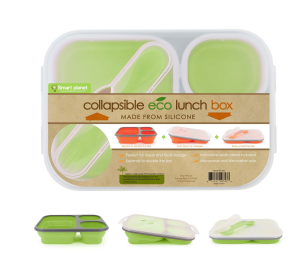 2. Smoothie Tubes: Yogurt tubes are an easy food to pop into lunches, but they’re full of sugar. Create your own tubes  for frozen smoothies in these silicon tubes from Amazon. (Just don’t overfill them, or they’ll burst all over your kid’s lunch. Ew.) 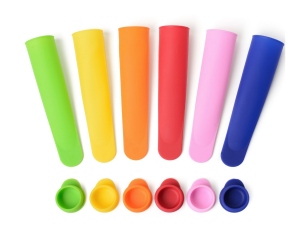 We sometimes ditch the Bento Boxes for a thermos of soup too. These ones from Amazon keep the food warm enough until lunch. Hoping this year is a great one!

After working with countless families who face obesity and overweight issues, I thought I thought I thoroughly understood all there was to know about the impact pediatric obesity has on the body. That is, until I ran across this study: “Childhood Overweight/Obesity and Asthma: Is There a Link?” The answer is Yes!

While asthma isn’t directly managed by pediatric dietitians, I do know how prevalent it has become. I know obesity negatively impacts our bodies, but still I never stopped to think that it might negatively impact pulmonary function or asthma. The authors of this article explain:

“A proposed hypothesis is that high body weight, as a state of low grade inflammation, exacerbates airway inflammation, which contributes to the development of asthma. A typical Western diet may act as an inflammatory stimulus. If inflammation is a mechanism linking high body weight and asthma, it is reasonable that diet plays a role. A typical Western eating patter – high in energy-dense foods such as animal fats and processed sugars, and low in whole unprocessed plant foods – may be obesogenic due to it energy surplus but also because it produces inflammatory biochemical signals.”

To translate this more directly to food and diet, high fat meals increase airway inflammation with the effect being the highest when the fat is trans fatty acid. Trans fatty acids can commonly be found in processed foods such as McDonalds or other fast foods. On the other hand, eating a balanced diet with “fresh seafood, fresh fruits, and fresh was associated with reduced prevalence of asthma symptoms and a decrease in BMI.”

What was even more compelling for me was the information regarding adiponectin and leptin. Adiponectin is a hormone released by fat tissue that has anti-inflammatory properties. Keep in mind asthma is characterized as inflammation of the airway, thus anti-inflammatory mediators are beneficial. It is found to be lower in overweight or obese individuals1. Leptin is also a hormone released by fat tissue but is pro-inflammatory and is found in higher levels in overweight/obese individuals. Low adiponectin (anti-inflammatory) levels have been found to be associated with asthma in adults and children while leptin (pro-inflammatory) concentrations has been found to correlate with severity of asthma.

How do families combat this chronic health issue? The same way we recommend dealing with nearly all diet issues: provide a well balanced diet high in fresh fruits and veggies and low in processed trans fats should help ward off pediatric obesity. 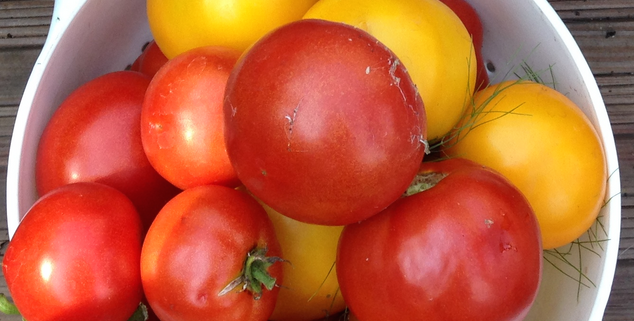 If you’ve got a healthy tomato plant or two right now, you’re likely the most popular home on the block. You’re also probably running out of ideas for using the plethora of garden glory.

We’ve got your back.

Try them cut into chunks with nothing more than feta (and maybe some basil if you’re ambitious). It’s heavenly and so simple.

Or, kids love tomato soup with grilled cheese. You can serve it alone with tortilla chips too.

Saute the onion in the olive oil on medium heat until browned (5-7 minutes). Add garlic and saute another 2 minutes. Cut up tomatoes in chunks and add to pot. Add water, salt and pepper. Bring to a boil and then let simmer at least 20 minutes. Add milk and basil. Serve with shredded cheese and tortilla chips.

Got tomato recipes? Send them our way!