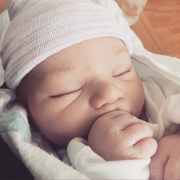 Congrats Gia Diakakis, RD on the birth of her first baby, Theodore Peter! What does a RD do in preparation of having a baby? She researches food, of course! For Gia, this meant completing a “Breastfeeding Basics” course at Evanston North Shore Hospital, which further increased her desire to breastfeed. She wrote the following prior to her maternity leave.

In working in the field of nutrition for the past 5 years, I have been made aware of the benefits of breast-feeding. The American Academy of Pediatrics recommends to breast feed until 12 months of age. If you’re like me, it’s important to understand the rationale behind something before you jump on board.

So why is it so important to breast-feed and for a full year? To begin, breast milk, specifically colostrum, provides important antibodies to newborn infants and helps to build their immune system starting at birth. Infants also receive vital fatty acids such as docosahexaenoic acid (DHA), which plays an important role in neurodevelopment. A mother’s breast milk is also specifically made to nourish the infant and provide appropriate proportions of calories, fluid, carbohydrates, fat, protein and micronutrients (for healthy newborn/infants). Lastly, studies show that children who breastfeed longer, drink water and consume vegetables and fruits more often at six years of age compared to infants who were not breastfed. They also consume less fruit juice and sugar sweetened beverages.

Much of this is common knowledge, but how about the impact breast milk and breast feeding has on intelligence? The American Academy of Pediatrics completed a study that looked at academic outcomes in children that were not breast fed, breast fed less than four months, breast fed four to seven months, and breast fed eight moths or more. They monitored their academic outcomes from 8-18 years of age. One of their findings was that those children who were breast fed eight months or more, had mean scores of 0.11-0.30 standard deviations higher than scores of those children who were never breast fed. They explained it well when they wrote,

“Increasing duration of breastfeeding was associated with small, detectable, and generally consistent increases in childhood cognitive outcomes from the age of 8 to the age of 18. Breastfed children had higher mean scores on tests of cognitive ability; performed better on standardized tests of reading, mathematics, and scholastic ability; were rated as performing better in reading and mathematics by their class teachers; had higher levels of achievement in school-leaving examinations; and less often left school without educational qualifications.”

I have been told numerous times how difficult breastfeeding can be and will be. I am going to keep these encouraging pieces of information with me when I feel like I want to give up (which I have been told will likely happen). Wish me luck! 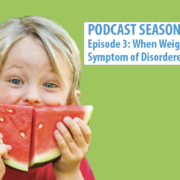 When Weight is a Symptom of Disordered Eating 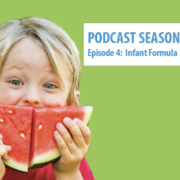 Podcast: How to pick the right infant formula 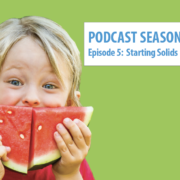 Podcast: Starting Solids with Your Baby 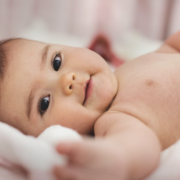 Breastmilk and Daycare: Not just how much, but how? 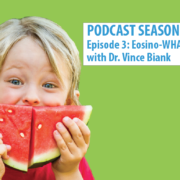 Is Your Counter Healthy?

What’s the Beef on Bacon?
Scroll to top